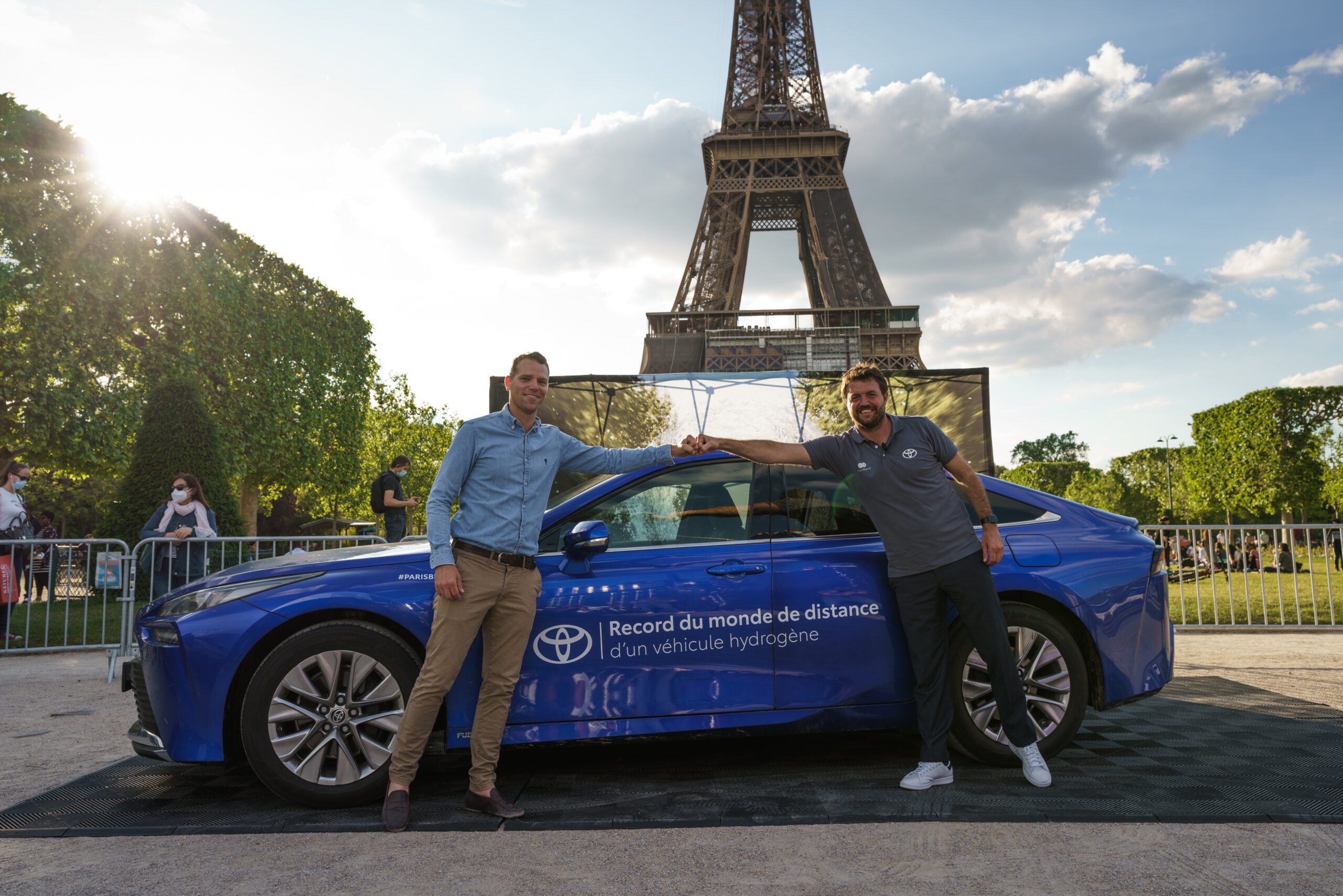 Toyota has increased the world record distance of a hydrogen fuel cell vehicle to over 1000 km.

The automaker’s new Toyota Mirai drove for 1,003 km with just one fill — beating the previous record of 778 km which was held by Hyundai’s Nexo, as reported by AfMA last month.

Green hydrogen was used during the record attempt and the average fuel consumption was 0.55 kg/100km, with Mirai being able to store 5.6 kg of hydrogen.

During the drive, the four separate drivers used Mirai’s “eco-driving” style, but otherwise, all the driving was done in a way that any regular driver could do.

“It’s an amazing challenge that we achieved with the new Mirai,” said Frank Marotte, CEO of Toyota France.

“Internally, it is the mindset of Start your Impossible, going beyond our own limits, that drives us, and we proved it again today.”

After completing its record-breaking drive in France the Mirai still had 9km of range remaining, and after being refueled was ready to roll again after just five minutes.

The 4 drivers that completed the record attempt included Victorien Erussard, the founder and captain of Energy Observer.

“I am very happy to have taken this challenge of 1000 km beyond the wheel of the new Mirai,” he said.

“As a former open ocean racer, I need to take challenges and I warmly thank Frank Marotte and his teams to have taken me on this zero-emission adventure, showing that nothing is impossible and that hydrogen mobility is here today!”