Should you be fined for drinking water behind the wheel on a hot day? 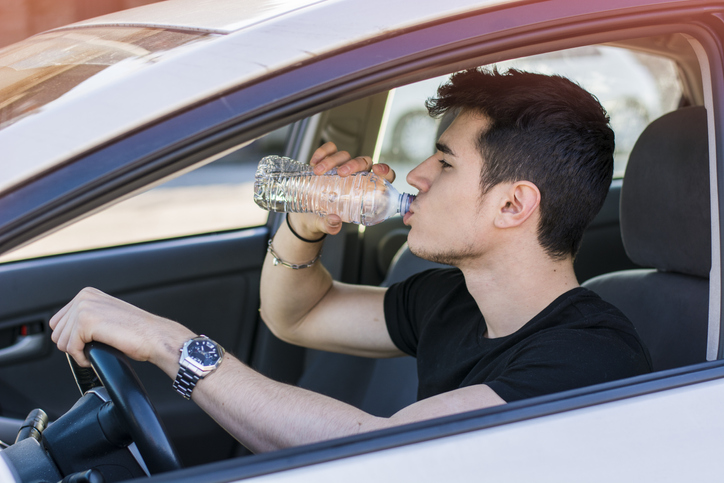 It was big news earlier this week when a Beaudesert man was fined $173 by Queensland Police for drinking water from a 600ml plastic bottle at the wheel.

Brock Harris had finished his working day when he got into his car to drive home and found his air conditioner was not working. All on a 39 degree day no less!

“I stopped and bought a bottle of water and as I was pulling into my street I was pulled over by the police and told it was illegal to drink anything while driving,” he told ABC Radio Brisbane’s Rebecca Levingston.

“If it is against the law then I’ll pay the fine, but it’s not compassionate to fine someone on a 39-degree day [for trying to] stay hydrated.

“The policeman told me there was nothing I could do and he was doing his job — but I am going to challenge the fine.”

Queensland Police Superintendent David Johnson, from Road Policing Command, told the ABC that if a driver is not in control of a vehicle, or is driving without due care, they may be committing an offence.

“There are many people who consume drinks while driving and do it safely in a safe manner,” Supt Johnson said.

“For us to issue a fine we have to look at the circumstances to see if the driver’s actions are causing risks to themselves or others.

AfMA has published several pieces on the dangers of driver distraction within our Fleet Management Guide (available as a free resource for members) and this example is a timely reminder of educating your drivers on the need to minimise distractions while out on the road.