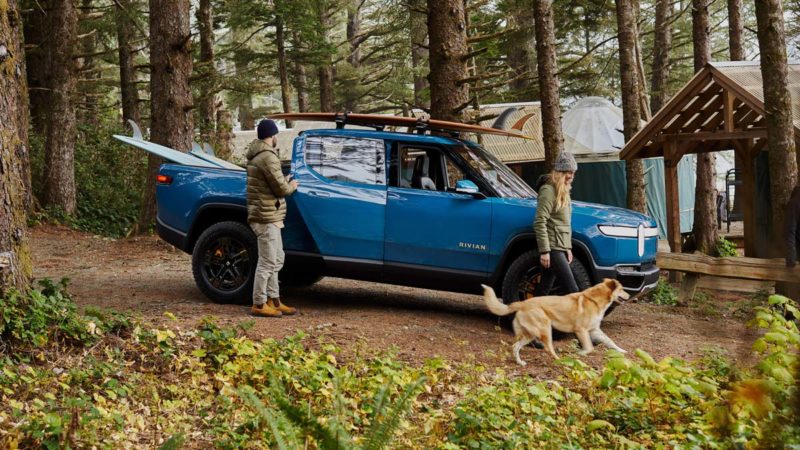 Australia is a country which has thrived off the backs of Utes and amid the electrification of our roads, there needs to be a wide variety of options for everyone in every walk of life.

A R1T and R1S were recently spotted at Sydney airport, while we can only guess what they are doing here excitement and anticipation is building.

Internal combustion engines and diesel equivalents are predicted to be rivalled by Rivian’s electric vehicles as they bring:

The Rivian Ute represents the expansion of the electric vehicle market, now opening it up to those who are in rural areas or those who need a larger vehicle for work and personal use.

Recently the Toyota Hilux has been crowned the most popular car in Australia after increased sales, proving Australia’s commitment to Utes and the direction the automotive industry is moving.

Electric vehicles are on the rise as mindsets shift, infrastructure is created, and fuel prices rise.

“We haven’t announced delivery dates yet for Australia, but we can tell you that interest has been intense, and we can’t wait to meet our Australian customers,” said a Rivian Spokesperson to The Driven when discussing Rivian’s expansion to Australia.