Meet the man behind Nissan’s all new EV crossover: Ariya 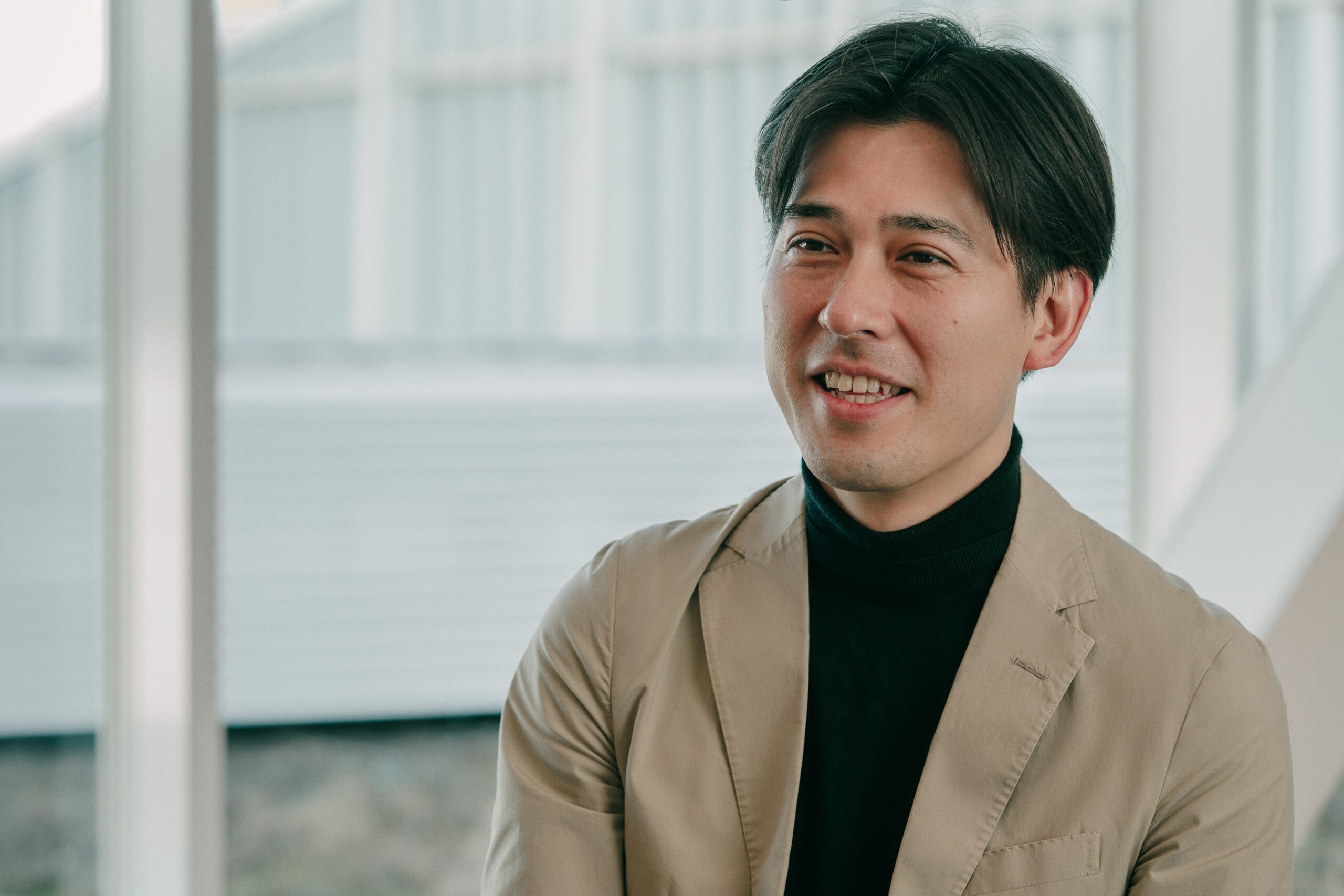 Nissan has unveiled the Ariya, a ground-breaking twin electric-motor EV crossover first hinted at the 2019 Tokyo Motor Show with the Ariya Concept.

The Ariya represents the future design direction of the company and the latest technological advancements of Nissan Intelligent Mobility, promising drivers a seamless, intuitive and adaptive experience that supports their lifestyles on- and off-board.

Q: What sets the all-new Ariya apart from other vehicles in the marketplace?

Fukuda: Two things make the Ariya special. The first is that it showcases all of Nissan’s Nissan Intelligent Mobility technologies. It’s not simply the next all-new EV after the LEAF, but it is something entirely new. For example, the Ariya has innovative interior packaging that maximizes its potential and provides a very different experience for the user, thanks to platform and IT breakthroughs. We’ve introduced a new level of experience in terms of the Ariya’s technology.

The second is that the Ariya is an indicator that the automobile is evolving. When I went to motor shows when I was young I often saw exciting vehicle concepts, but when the production versions came out they looked very normal. I wondered why car companies couldn’t make the production version look as exciting as the concept. With the Ariya, we took it from concept to production virtually unchanged.

Q: With one word, how would you describe the Ariya?

Fukuda: I would use the word confidence. If you look at the Ariya’s exterior styling, you can sense the confidence it projects. We don’t resort to exaggerated character lines, nor did we add cosmetics; we kept the styling very clean and very powerful. This is because when creating this vehicle, we felt confident that we didn’t need to give it exaggerated qualities. The more confidence you have, the less you feel the need to show off. This feeling of confidence is exemplified in the Ariya.

Q: Despite being two very different vehicles, the Nissan Ariya and Nissan LEAF share a common bond. How did one lead to the other?

Fukuda: The key point is Nissan’s mindset towards developing vehicles and cutting-edge technologies for global customers. As we have demonstrated with the LEAF, Nissan is not afraid of producing a ‘pioneer’ product that revolutionizes the genre. We don’t create very-limited production vehicles to test the waters, and then perhaps bring them to market gradually. That’s not Nissan. We go straight ahead, as we did by making the Nissan LEAF a mass-market vehicle from launch.

Q: How will the Ariya’s on-road character compare with others in its segment?

Fukuda: The Ariya’s Intelligent Power is one of the pillars that defines Nissan’s DNA.

There is often talk about EVs and their 0-to-100-kph time, but actually it’s easy for EVs to achieve good acceleration times. Therefore, I don’t consider being just fast in a straight line to be an intelligent use of power. In the Ariya’s case, the e-4ORCE twin-motor all-wheel control technology allows the Ariya (AWD models) to accelerate in an intelligent way. The Ariya is fast in a straight line, but it provides maximum, usable performance in various driving situations, such as on a snowy mountain road or on wet city streets, e-4ORCE possesses more technology than many of the competitors’ models, despite many of them being in premium segments.

Q: Is e-4ORCE a performance-oriented drivetrain?

Fukuda: In a way, yes. Elements of e-4ORCE’s control technology were developed from data gathered from our sports cars, so you could say it is born from performance. In fact, much of the technology in the Ariya makes sense in a sports car. However, this technology isn’t there to give the Ariya sports-car-like qualities; it’s there to provide everyone inside a flat, stable ride that minimizes pitch and dive. I find this the most exciting aspect of e-4ORCE. By combining high-output twin electric motors, e-4ORCE control technology and e-Pedal, which allows you to accelerate and decelerate using a single pedal, everyone can feel the confidence of a skilled driver from a smooth, predictable ride while commanding 290kW of exhilarating power under one foot. This sensation excites me and captures a new kind of driving fun that taps directly into Nissan’s DNA as a performance car manufacturer.

Q: We now know that the Ariya can accelerate efficiently, but what about its handling?

Fukuda: The potential of our new EV platform is extremely high. The heaviest component of the vehicle, the battery, is positioned in the middle under the interior floor. This gives the Ariya an ideal weight distribution of nearly 50:50, which is akin to sports cars. We also incorporated high-performance dampers, a sporty multilink suspension and soft motor mounts to really enhance the vehicle’s handling.

Q: How much attention was paid to the Ariya’s structural rigidity?

Fukuda: It was a priority for us, especially with the upper body. Usually, it’s a challenge to increase the structural rigidity of crossovers because of their inherent wide openings, specifically the rear door. We knew where to reinforce the vehicle to improve upper structural rigidity. We also linked the upper body and the battery casing together to enhance rigidity of the lower body area. We engineered the vehicle as a total entity in terms of rigidity, making it one very solid form that contributes to a high level of confidence for the driver.

Q: What distinctive Japanese qualities does the Ariya possess?

Fukuda: The refinement of the Ariya, such as its fit and finish, is an example of traditional high-quality Japanese craftsmanship. Also, the andon lighting and the way the interior is illuminated makes it different from any other EV in the marketplace. As Nissan’s first mass-market EV crossover, we wanted to provide a sense of Japanese omotenashi in the Ariya. Omotenashi is Japanese hospitality and respect towards customers to anticipate their needs. One such example is the “approach and unlock” function, where the exterior front and rear lights, as well as the Nissan emblem, illuminate automatically when the driver approaches the vehicle. When the door is opened, all of the interior cabin lights turn on gradually. Once you shut the door, the lights fade, making the cabin darker. Then, the start switch pulses, inviting the driver. This is different from vehicles with a dome light on the roof or similar. Those are utilitarian, whereas the Ariya’s lighting has a deeper purpose. It provides an impression of care and consideration of how the interior is introduced.

Q: Are there any more examples of omotenashi in the Ariya?

Fukuda: Absolutely! Nissan’s intelligent personal assistance technology, I believe, is omotenashi in its purest form. Ariya supports your lifestyle whether from home or on the go. Currently, once you get in a car, many systems don’t support Amazon Echo or Apple Siri, resulting in a disconnected experience for the customer. We wanted Ariya to provide a seamless experience when it came to voice command systems, such as equipping it with a revolutionary natural-language understanding system that allows you to make requests to the on-board voice control technology using normal, conversational sentences.

In addition to the on-board voice control technology, you can use Amazon Alexa for vehicle-to-home commands. For example, you can turn on the air-conditioning in your house while driving home, or have your playlist on in your home when you arrive. It works in the opposite direction as well, such as when you want to check the battery status of your vehicle from your home.

If while driving you want to turn off the heads-up display, you can use Nissan’s voice control technology, providing a seamless experience for the driver. These are just a few examples of how Ariya fits within customers’ unique lifestyles and preferences without compromises.

Q: Will we see the technology in the Ariya in future Nissan vehicles?

Fukuda: The Ariya is the first to feature the latest combination of all of Nissan’s advanced technologies, making it a very special model in Nissan’s history. For example, we have a new HMI system that uses two 12.3-in. screens that we call the “monolith.” You will be seeing this in future Nissan vehicles, as well as the latest ProPILOT driver assisted technology.

Q: ProPILOT 2.0 has been one of the most talked-about aspects of the Ariya. What are your thoughts about this autonomous drive system?

Fukuda: ProPILOT 2.0 will provide a “wow” experience for the customer. The cabin of the Ariya was designed to maximize the ProPILOT 2.0 experience, specifically when the system allows for hands-off highway driving. While the system is assisting with driving duties, the lounge-like interior offers a more relaxed atmosphere where the driver can interact with their passengers in a pleasant, comfortable way because of the flat floor.

I remember when I was a child, I saw futuristic movies where vehicles were floating in the air or speeding through transparent tubes. Ultimately, this hasn’t happened. But, when you try the ProPILOT 2.0’s hands-off feature on the highway, you might have a flashback. Although the vehicle isn’t traveling inside a clear tube, the driver doesn’t need to hold the steering wheel as the vehicle tracks along an invisible pre-set course. I hope that will remind people of those past visions of an exciting future.

Q: Which cars from the past influenced you the most when developing the Ariya?

Fukuda: In the early Nineties, Nissan produced many interesting models, such as the Figaro, the 300ZX (Z32), the Silvia (S13) and the first-generation Japan-market-only Cima. They were unlike anything other manufacturers were doing. You would see them on the road and know they were a Nissan. I wanted the Ariya to bring back the feelings of those cars, especially the Cima. Although it was a luxury vehicle, it gave off a bad-boy attitude; it was a bit edgy and possessed a lot of brashness. Along those lines of having its own attitude, I think the same can be said for the Ariya. It is not just a next-generation vehicle from Nissan, but something that brings back that old Nissan DNA that characterized the brand back then. I want customers to say, “Yes, Nissan did it,” when they see and drive this vehicle. I’d like them to see that Nissan has taken the automobile forward, in a future direction.

Q: While we’re speaking of past Nissan vehicles, which one do you consider the most important in the company’s history?

Fukuda: When someone asks a Nissan person what they think is the company’s legendary vehicle, they would probably say the GT-R or the Z, but I say it is the Nissan LEAF. I bought a book for my kids that chronicled 100 years of mobility, including trains, ships and airplanes as well as cars. I was honored to see the LEAF mentioned as an automotive milestone.

Q: What was the foremost thing in your mind when developing the Ariya?

Fukuda: With the Ariya, we wanted to create an intelligent vehicle, so naturally it has Intelligent Power, Intelligent Driving, Intelligent Integration, but to me, Nissan has always been about making cars for drivers, those that possess exceptional performance. This was my guiding philosophy when developing the Ariya.

Nissan is a proud sponsor of the 2020 Australasian Fleet Conference & Exhibition scheduled for November 9-10 in Melbourne. For more information, click here.