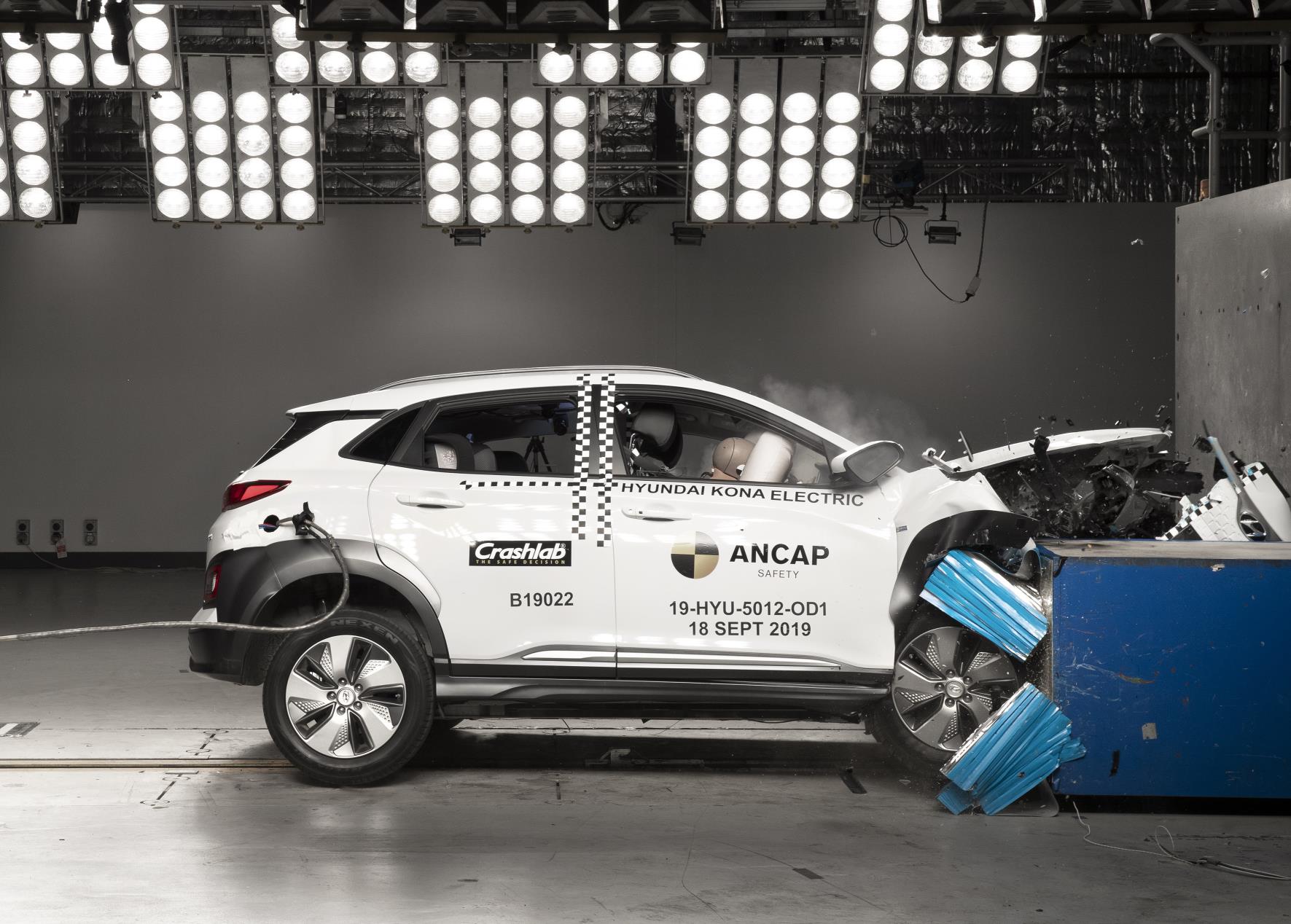 Kona Electric has become the first-ever EV to be crash-tested in Australia, achieving an ANCAP maximum 5-star safety rating in the process.

Kona Electric was subjected to a frontal offset crash test, carried out by Australasia’s independent vehicle safety authority ANCAP as an audit test of the 5-star Kona model line-up. Kona was originally tested in 2017 in conventional petrol engine specification.

Kona Electric’s front offset audit test score of 14.97 out of 16.00 was slightly better than the 14.07 achieved by the petrol engine variant, and saw Kona maintain its ANCAP maximum 5-star safety rating.

The frontal offset test simulates a head-on crash with another vehicle of the same mass, travelling at the same speed, a type of collision which represents 60 percent of serious crashes on our roads.

The test, conducted in September, saw 40 percent of the front driver’s side of Kona Electric make contact with a crushable aluminium barrier at 64km/h.

Kona’s overall score of 35.07 out of 37.00 is the sum of its frontal offset test result, its maximum possible scores in the side impact and pole crash tests, and its maximum score for the inclusion of seat belt reminders.

ANCAP has published independent safety ratings for new vehicles since 1993 with the aim of eliminating road trauma through market influence and consumer advocacy.

ANCAP uses a safety rating system of 0 to 5 stars, which indicates the level of occupant safety provided by the vehicle in the event of a crash, as well as the vehicle’s ability, through technology, to avoid or minimise the effects of a crash.

ANCAP safety ratings are used to compare the safety of vehicles and have become a key factor in vehicle selection.