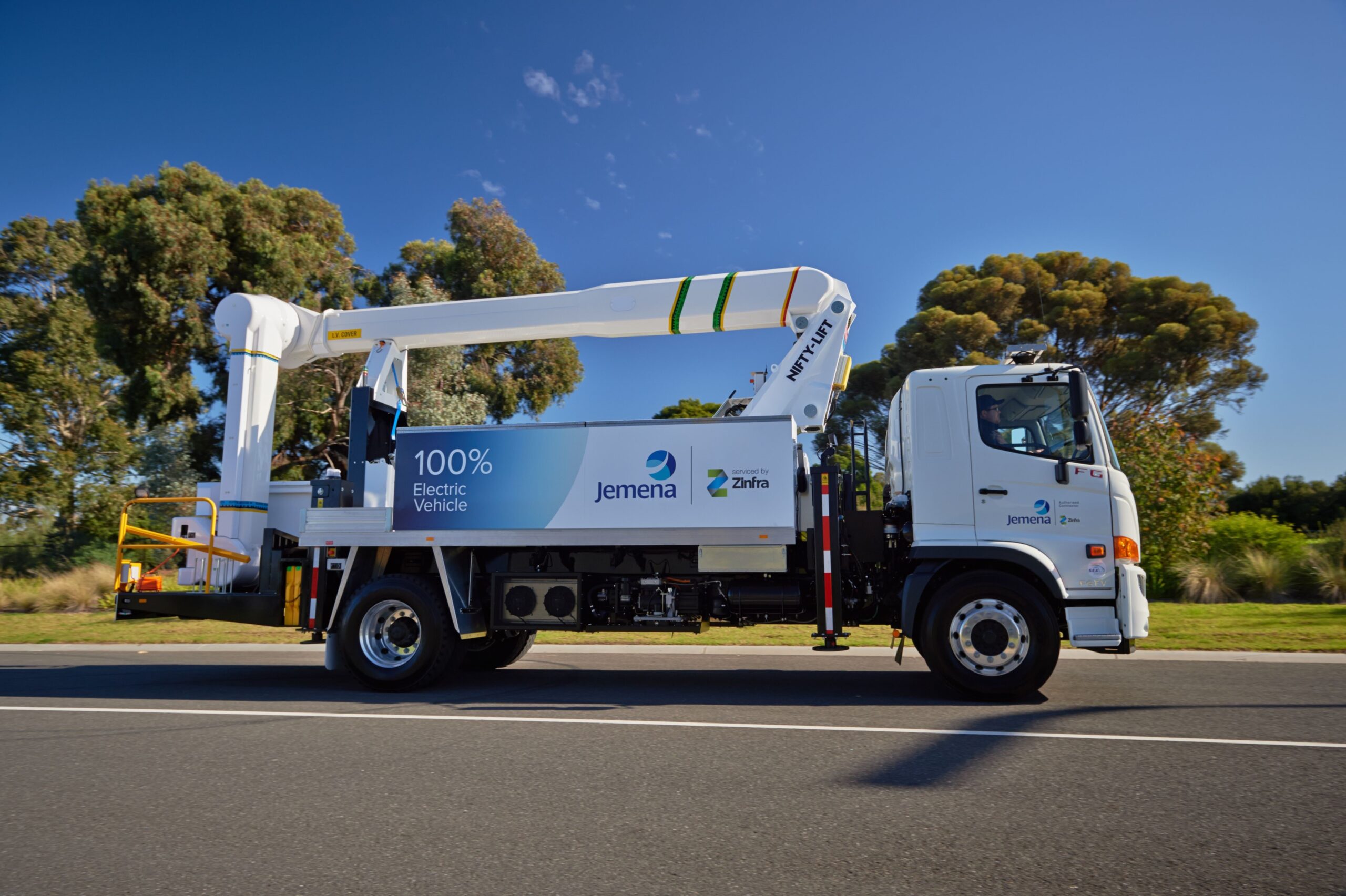 Leading energy infrastructure company, Jemena, has unveiled an Australian-first electric-powered cherry picker truck as part of its effort to reduce carbon emissions across the Jemena Electricity Network in Melbourne’s North-West.

The electric cherry picker, formally known as an Elevated Work Platform truck, will reduce Jemena’s carbon output by 30 tonnes per year. This is in addition to other energy efficient initiatives already rolled out within the network including the installation of 500 LED ‘smart street lights’ that use up to 75 percent less energy than traditional lighting.

“SEA Electric are a Melbourne-based manufacturer of electric vehicles and leader in converting commercial vehicles from diesel to electric,” said Mr Reardon. “The cherry picker was converted into an electric vehicle as part of a major reconstruction over a 12-month period.” 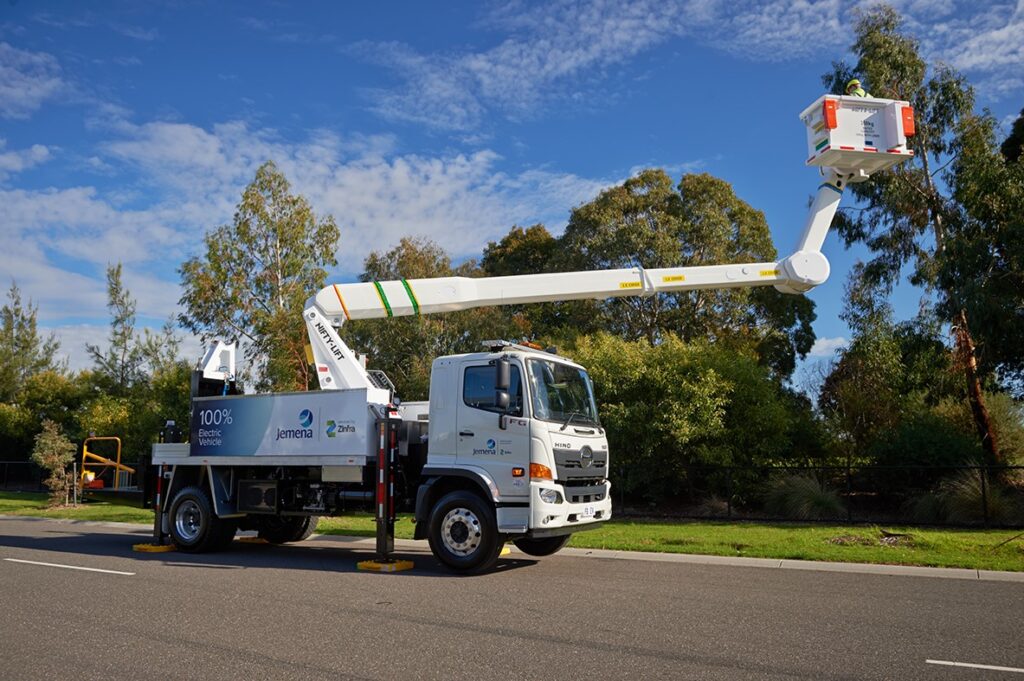 “It’s been a special and historical project for the management and engineering staff at SEA Electric to partner with Jemena in the development of this Australian-first 100 percent electric Elevated Work Platform service truck,” said Mr Di Santo.

“Not only is this electric powered cherry picker the first step in greening our fleet, it will also benefit our customers with a quieter operation and zero exhaust emissions,” said Mr Reardon. “We will look for new ways to further reduce the carbon emissions across our electricity network in the future.”

Originally a diesel truck, Nifty-Lift built a custom electric elevated work platform and SEA Electric converted the Hino truck into a 100 percent electric vehicle equipped with a 138kWh battery pack that provides around 200km of range. The elevated work platform is powered by the truck’s battery which will be charged at the end of each day and takes around six hours.

The electric cherry picker began operating within the Jemena Electricity Network this week.