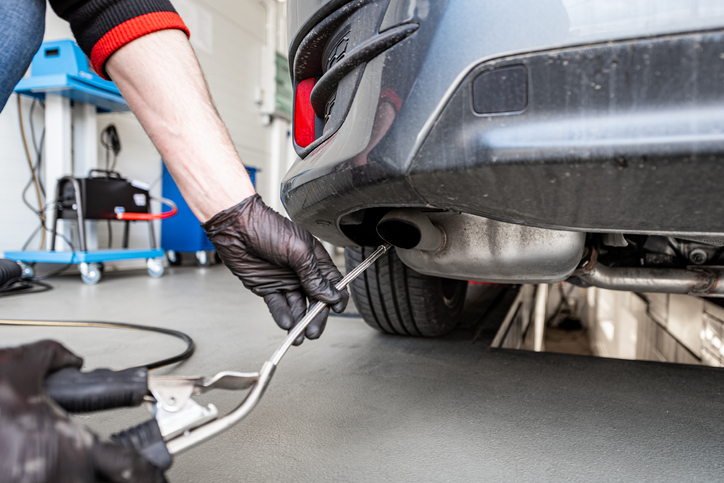 Hino Motors, Ltd. (HML) has recently suspended the sale of three engine models and the vehicles fitted with them following identified misconduct in its fuel emissions tests.

In a statement, HML admitted to “falsification of engine performance data in emissions durability testing for one engine model” and “measurement of fuel economy performance” for two other engine models.

The data manipulation has reportedly occurred at Japanese facilities where the truck maker conducted engine tests and involved replacing certain engine parts and altering values to make the engines appear better. As a result of, Japanese truck manufacturer said it is currently investigating the matter.

However, Hino Motor Sales Australia (HMSA) maintains that the vehicles and engine variants suspended in Japan have not been sold in Australia. Currently, the variants available in the country include the 300 Series (light-duty), 500 Series (medium duty), and the 700 Series (heavy duty) trucks, as well as buses including the Poncho, RN, and RK models.

“While there are no implications for the Australian market at this time… HMSA is committed to engaging with the relevant authorities about these matters,” the distributor further stated.

AfMA Executive Director, Mace Hartley said whilst the admission of misconduct is disappointing, Australian businesses can be relieved the Australian market remains unaffected by this issue at this time, noting HML’s investigations are ongoing.

This does, however, bring to light the importance of real-world testing regimes, something that is currently not established in this country. Current emissions regulations only require standard laboratory tests.

However, motoring bodies have long maintained that laboratory-based emissions and fuel economy tests are unreliable because of the many ways unscrupulous manufacturers can alter the results. This means it is costing not only consumers and business but the environment as well.

On the other hand, real-world testing similar to European Commission protocols can verify the actual emissions performance of vehicles on public highways. It can effectively  show whether or not vehicles are producing more noxious gases than the legal laboratory limit. This can translate to better choices for consumers and even better outcomes for the environment.

As reported by AfMA in August 2016, the Australian Automobile Association (AAA) put the top-selling vehicles in Australian to the emissions test by performing independent real-world on-road vehicle testing.

The objective was to provide you, fleet managers and retail consumers alike, true vehicle emission information using empirical testing protocols, and to encourage the Australian Government to test vehicles for compliance against its own regulations. Basically, the quoted emissions on a new vehicle would be from real-world on-road testing protocols, protocols developed for AAA by ABMARC and based on the European Real Driving Emissions legislation.

A summary of ABMARC’s testing: –

* The New European Driving Cycle (NEDC) is a driving cycle, last updated in 1997, designed to assess the emission levels of car engines and fuel economy in passenger cars.