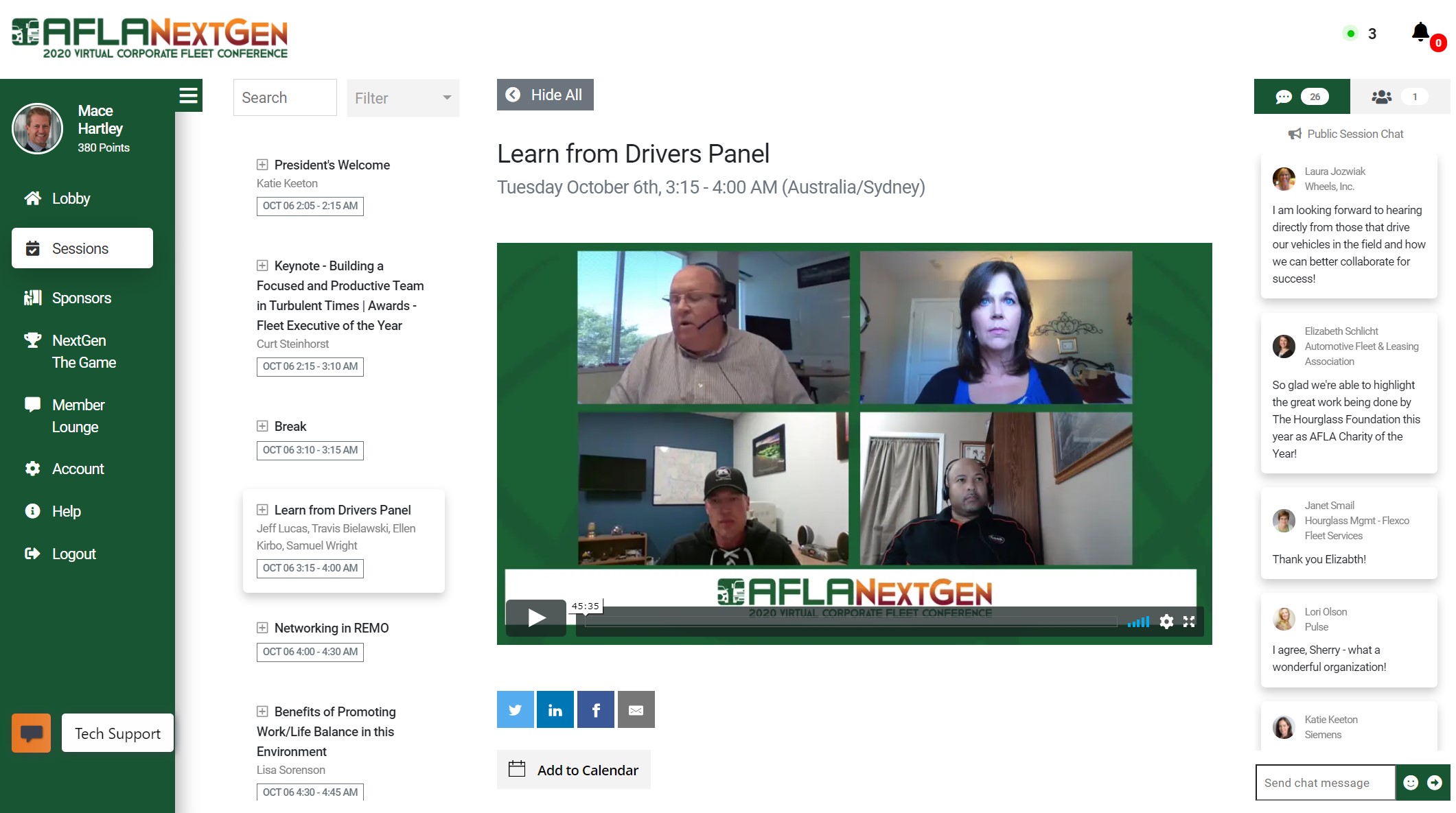 I’ve had the pleasure of attending and presenting at a number of AFLA’s conferences and this year AfMA’s entire team was able to participate given it was virtually hosted.

I admit, I was sceptical of how successful a virtual conference could be however it delivered in spades.

The content was spot on and delivered seamlessly through a combination of live and pre-recorded elements. The platform combined the presentations with Slido.com to ensure audience participation and the networking was AWESOME.

Imagine a conference room full of tables where you can jump from table to table, catching up with old friends and introduce yourself to new ones. The whole networking experience was fantastic and in fact I got to see more people than I normally would.

Daniel Braid (AfMA’s Communications, Social Media and Marketing Manager) said he was surprised by “how personal and immersive the virtual event felt even across borders and time zones”.

One standout session for Monalisa Marin (AfMA’s General Manager) was Leading Change with Emotional Intelligence hosted by AFLA’s Women in Fleet Management (WIFM), “a timely reminder that we all need to smile more!”

The session on Electrification provided “facts that debunked a range of myths and highlighted opportunities where the TCO for battery electric vehicles (BEV) was lower than their internal combustion engine (ICE) equivalents,” said Hannu Matikainen (AfMA’s Relationship Manager).

Great job AFLA, I look forward to seeing you in person next year!